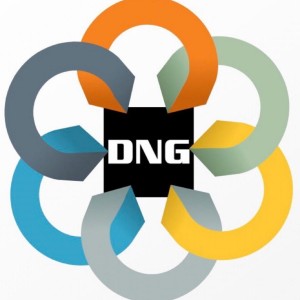 DNG Crew At The TPi Awards

DNG Crew at the TPi Awards ceremony! On 25th February we went to Battersea Evolution with high hopes. The TPI Awards (Total Production International) recognises excellence in the touring industry, and the individuals and suppliers who are making that happen.

This year, DNG Crew were once again nominated in the category of Favourite Crew Company. We are honoured to have received this nomination once again, the third time in only 5 years of operation. To find ourselves in the midst of some of the other super suppliers, was reward enough. This year however, we had eyes on a different award. We campaigned for our director David Lawrence to be awarded the “Dennis Sheehan Tour Manager of the Year Award”.

We contacted colleagues from Dave’s 25+ year career, and people answered that call, voting for him in droves! The main challenge for the DNG Crew team was to keep it quiet from Dave until the shortlist was announced, and then we needed to make sure he actually went on the night.

The evening itself was great occasion, catching up with friends old and new. A well orchestrated event, with nice food, small trinkets from sponsors, and a glow stick constuction kit to keep even the most restless entertained.

As Romesh Ranganathan began his introductory comedy set, the tension did rise! Has he got the award?

But of course, to the joy of all of us at DNG Crew, he DID get the award! As the first winner of the night, he hopped up on stage to receive the award. He joined an illustrious group of winners, so congratulations to them all!

Sincere thanks to everyone for voting for Dave, and thanks again to the TPi team for an amazing evening!